I thought this sweatshirt was hilarious and awesome. I didn’t think anything of the fact that I am pregnant and about to be a mom. When I showed John he was kinda of like “you cant wear that”. Not in a bossy way, but in a “I’m pretty sure that’s frowned upon” way. It had never occurred to me and I thought, “aww man, do I look like a dirt bag?” But this morning when I decided to wear it he said I looked cute. Plus, my hair covers most of it. It is repeated on the backside but its black ink on a black sweatshirt so it’s much more subtle.

The sweatshirt is from a web store called….SheInside. Yeah. Weirdest name ever. As you can imagine, not only based on copywright infringement but also on that name, it is not an American company. I was hesitant to buy from the site initially but after finding another blogger who had purchased from them before and seeing that they had free international shipping I decided to go for it. 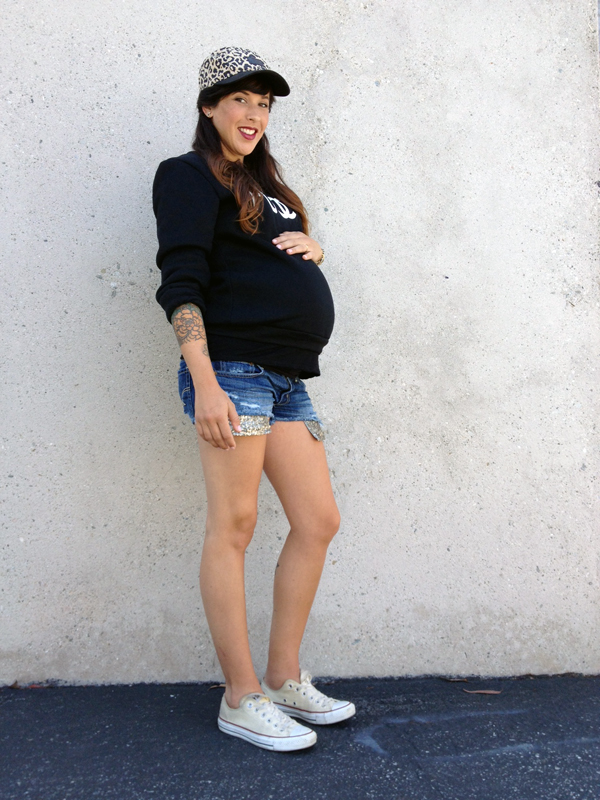 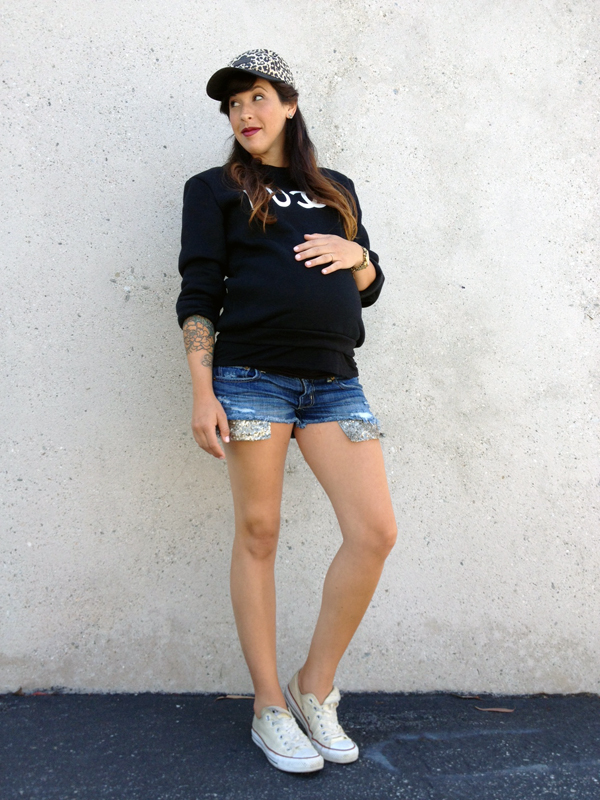 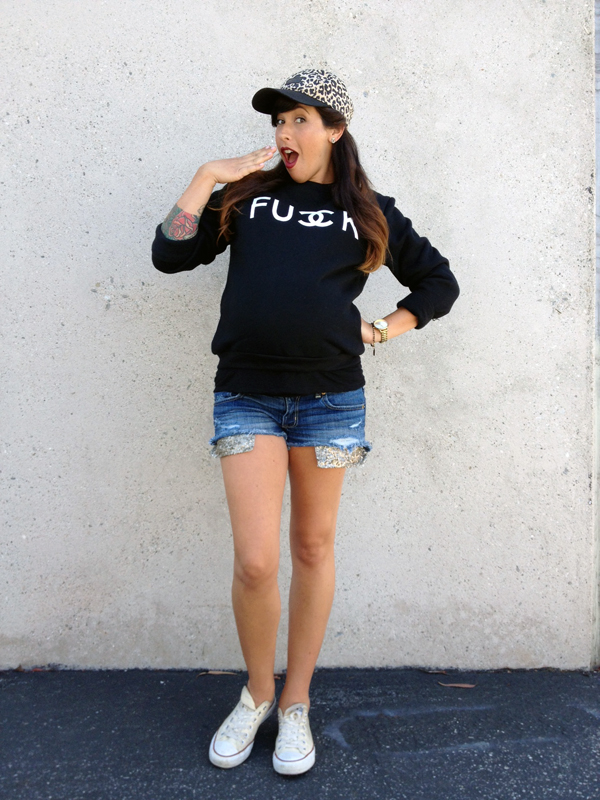 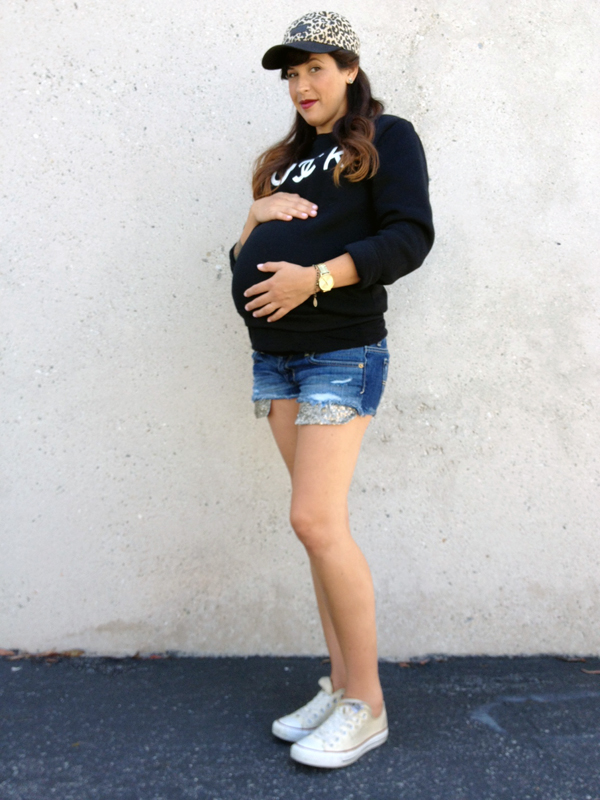 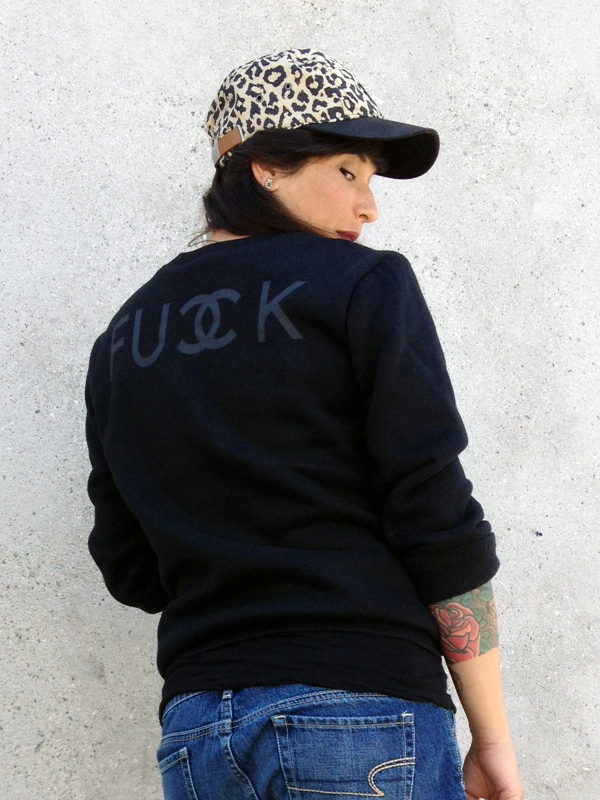 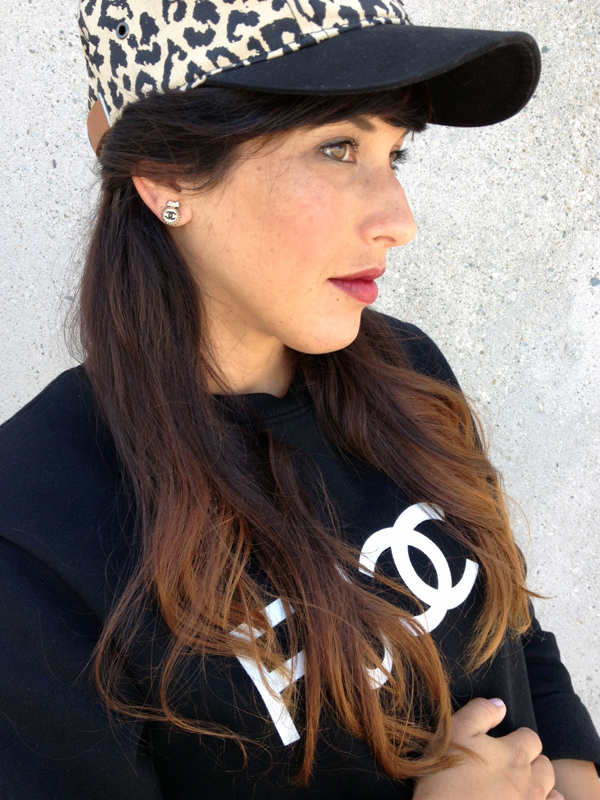 Sweatshirt: She Inside ($28) – apparently no longer available. But here is a similar Comme des Garcons parody

Hat: Vans ($30) – John got this for me while we were out shopping on Mother’s Day weekend. He likes me in hats, but I don’t wear them all too often. I figure, if you are going to have a baseball hat, and you are not at a baseball game, this one is pretty fun.

Shorts: American Eagle (via TJ Maxx) – non maternity shorts, just several sizes larger than my pre-maternity size so they sit lower on the hips, below the belly.

by Gaelyn on May 14, 2013
Categories: 3rd Trimester, Fashion, Maternity Wear, outfit of the day, Pregnancy Leave a comment 1 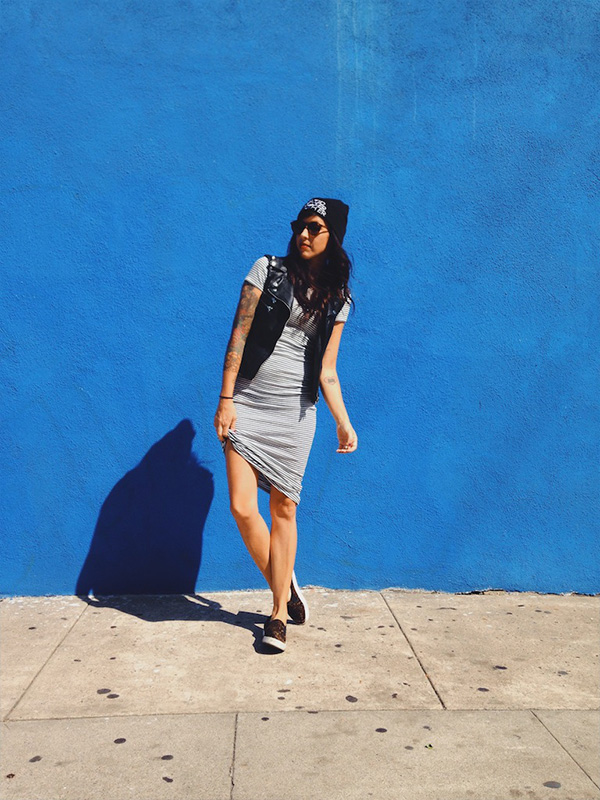